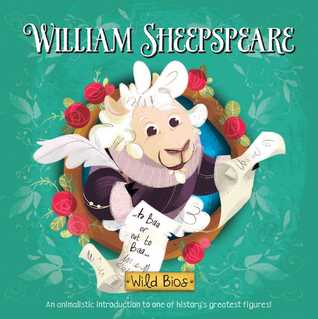 William Sheepspeare
by Courtney Acampora, Maggie Fischer, Zoe Perisco (Illustrations)
4 out of 5 stars on GoodReads
“To baa or not to baa… That is the question.”

The cuteness factor in this board book is through the roof! Reimagining the life of William Shakespeare as a sheep, everything is transformed into animalistic phrases, words, and illustrations. William Sheepspeare writes “ram-ances” instead of “romances”, and “shearious” tragedies like “Lamblet, MacBleat, and Julius Fleecer”.

Introducing young children to the beautiful Globe Theater and Sheepspeare’s home in Stratford with his family (his “ewe, Anne Hoofaway” and three “lambs”), the simple story-telling is the perfect style for little readers to learn about this historical figure. END_OF_DOCUMENT_TOKEN_TO_BE_REPLACED 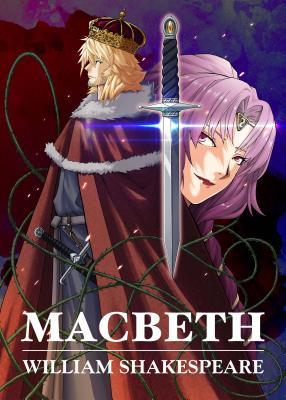 Manga Classics: Macbeth
by Crystal S. Chan (Adapted by),William Shakespeare, Julien Choy (Illustrations)
4 out of 5 stars on GoodReads
Despite its popularity, MacBeth has never been one of my favorite Shakespearean plays. Too bloody and gory and gloomy for my taste. But if you like a dismal adventure with plenty of violence and mayhem, MacBeth has plenty of that! And this manga adaptation rings true with the moods and poetry of the original play. I like that the exact dialogue of the play is used in this manga, and the artwork beautifully illustrates all the action and drama. END_OF_DOCUMENT_TOKEN_TO_BE_REPLACED

With all the original dialogue of the play, this manga adaptation of Shakespeare’s Romeo and Juliet bursts with old enchantment and romantic drama. The illustrations flow from one panel to the next in a surge of emotional tension, and the action keeps the wordy dialogue from weighing down the storyline.

This would be a great way to introduce Shakespeare to younger audiences, since the dialogue is easier to understand along with the action of the panels. END_OF_DOCUMENT_TOKEN_TO_BE_REPLACED

The Tragedy of Macbeth by William Shakespeare

There are several reasons why I did not like this adaptation of Macbeth.

1. It’s supposed to be rewritten for children, but the vocabulary is NOT age-appropriate . Even if a preteen was reading it, there are too many big words that a child would not know . If you were reading this to a child, you would have to stop after every sentence and explain half the words! END_OF_DOCUMENT_TOKEN_TO_BE_REPLACED

In Ancient Greece, three queens come to plea with King Theseus and Queen Hippolyta to avenge the deaths of their three kingly husbands, who died at the hand of the evil tyrant Creon. Theseus agrees to go to war against Creon.

In Creon’s army are two cousins, Palamon and Arcite, who are noble of heart, and do not agree with the tyrannous methods of Creon, but they are honor-bound to fight for Creon, and are taken as prisoners in the war.

While imprisoned they both fall in love with the beautiful Emilia, sister to Queen Hippolyta, and these two cousins who were once so close begin a fight to the death over Emilia’s hand. They escape prison, are caught fighting, and agree to a tournament for Emilia’s hand in marriage. END_OF_DOCUMENT_TOKEN_TO_BE_REPLACED

King Antiochus declares that any suitor for his daughter’s hand in marriage must first answer a riddle, and if the suitor answers incorrectly, he forfeits his life. Everyone has failed to answer the riddle, until Prince Pericles comes along, and figures out that the riddle means that Antiochus is committing incest with his daughter.

Enraged at being found out, Antiochus tries to have Pericles assassinated, and Pericles flees to the sea. A storm wrecks his ship and he is cast ashore with only his armor at Pentapolis, where King Simonedes is holding a tournament for his daughter’s birthday. Pericles wins the tournament and weds Thaisa. END_OF_DOCUMENT_TOKEN_TO_BE_REPLACED

Books for MKs
Blog at WordPress.com.