Evie is a teenage healer, always concocting potions for her best friend, Wormy. When he proposes, she says no, and the fairy Lucinda curses her to be an ogre until she accepts a marriage proposal. Any marriage proposal from anyone. Evie travels to the Fens, hoping to learn the art of persuasion from the ogres who live there. Life as an ogre is more difficult than she imagined, but Evie becomes known as the healer ogre. She searches for someone who will awaken her ability to love, and hopes that someone will propose to her. But she isn’t even sure what love is supposed to feel like.

I was disappointed in this book.
The story was oddly disjointed, and there were several things that seemed exceedingly far-fetched, even for a fairytale world. The ending was rushed, and the relationships felt forced. The characters are okay, but I wasn’t amazed with their personalities or the bland character development.

END_OF_DOCUMENT_TOKEN_TO_BE_REPLACED

Celtic Mythology for Kids: Tales of Selkies, Giants, and the Sea
by Christopher Pinard
5 out of 5 stars

I love these fairy tales from Celtic myths! They are retold in a simple manner for children, and each tale is between 3-7 pages long. The tales use a few Irish and Scottish words, but they are explained and there is even a glossary of Celtic words in the back of the book. I love how the rich Celtic culture is celebrated in this book!

The stories themselves are wonderfully interesting and full of magic and history! At the end of each story, there are some questions to prompt discussion and get the reader thinking about the choices made by the characters in the story. END_OF_DOCUMENT_TOKEN_TO_BE_REPLACED

The Ravenous Gown: And 14 More Tales about Real Beauty
by Steffani Raff (Goodreads Author)
5 out of 5 stars
These fairy tales focus on daring young men and women who want to be appreciated for their personality, virtues, and inner qualities rather than outward beauty. They battle dragons, fight wars, defeat evil sorcerers, and unravel magic in order to find their true identity and inspire their kingdom.

I loved that these fairy tales use all the old tropes about dragons and knights and fair maidens, and then turn everything upside down and surprise you with the plot twists when the maiden saves herself.
Each fairy tale is short but powerful with meaningful messages of hope and acceptance. END_OF_DOCUMENT_TOKEN_TO_BE_REPLACED 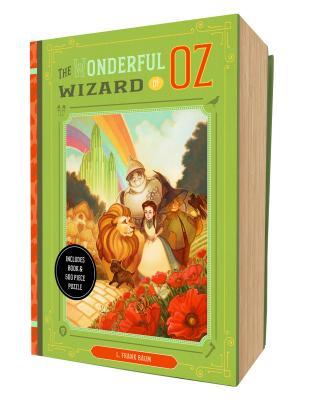 The puzzle is a 500 piece puzzle included inside its own separate box inside the gift set. The puzzle picture is the same as the cover. I just love that artwork and the bright colors and all the details in the background, which makes it perfect for a puzzle!

The box itself is a delight, with a magnetic clasp and lovely endpapers. You could use it like a treasure box if you didn’t want to keep the puzzle inside it. END_OF_DOCUMENT_TOKEN_TO_BE_REPLACED

The Skull of Truth
by Bruce Coville, Gary A. Lippincott (Illustrator)
3 out of 5 stars
Charlie is a liar. He meets the Skull of Truth and is cursed to always tell the truth, and his life changes in unexpected ways. Telling the truth gets him into a lot of trouble, and the curse begins to affect other people around him.

I didn’t enjoy this book as much as some of the others in the Magic Shop series. I thought some of the plot points didn’t quite fit in with the rest of the story. There were some radical leftist political ideas that I didn’t agree with. I was surprised to find them in a children’s book.

I was pleased to find that the skull himself is not scary at all. He’s a humorous and silly character, and there’s nothing frightening or creepy about him other than the fact that he’s a skull. END_OF_DOCUMENT_TOKEN_TO_BE_REPLACED

Tales from Earthsea (Earthsea Cycle, #5)
by Ursula K. Le Guin
3 out of 5 stars
These short stories add to the folklore and stories of Earthsea. They range from ancient tales of how the Wizarding School of Roke was first founded to more recent tales that fit in with the timeline of the rest of the Earthsea books. Some are parallel stories to the main books in the series that tell of other characters with similar magic and how their experiences dovetail with the main character’s stories although the characters may never meet.

The writing is excellent and the stories draw the reader into the world of Earthsea. Some of the stories are very sad and full of violence, but others are bittersweet and beautiful. The author does a wonderful job of describing a setting and a new character in a few well-chosen words that immediately connect the reader to the story.

I enjoyed these stories, and they are a wonderful addition to the Earthsea books!

A Bag Of Moonshine
by Alan Garner
4 out of 5 stars on GoodReads
I loved this collection of fairy tales, rewritten from the folklore of England and Wales. The author has an uncanny ability to mimic the story-telling style of old folk tales, with whimsy and ingenuity.

The black and white illustrations add to the ghoulish atmosphere of the tales, and they are true to the art style I see in so many old fairy tale books from the late 1800s.

The enchantment of these stories lies in the excellent word-craft, and the weird and eccentric characters who populate the world of magic and mayhem. Full of changlings, witches, ogres who spin gold, and the clever youngest brother named Jack, these stories captivate the reader with the magnetic words and witty narrative style.

Far Traveler
by Rebecca Tingle
4 out of 5 stars on GoodReads
Ælfwyn is a shy, bookish maiden in Anglo-Saxon England, caught in the middle of her uncle the king’s political plots. When the king forces her to choose between marrying an old man or becoming a nun, Ælfwyn runs away to become a singing bard on the open road. But circumstances drag her back into her uncle’s clutches, and desperate men try to use her position in the king’s family for their own political gain.

I really identified with Ælfwyn’s character, because she loves to read. She is shy, and is frightened to ride the large and powerful horse her mother gives her. For most of the book, she depends on other people to tell her what to do and where to go, but when it really matters, she makes her own decisions, discovering courage and resilience from deep inside.

I liked the writing style in this book. It really pulls you in to the story, painting a picture of Old England with a few settings, people, and events drawn from real history. I especially liked the scenes when Ælfwyn is on the road, singing her songs and telling stories from her books to entertain the common people.  END_OF_DOCUMENT_TOKEN_TO_BE_REPLACED

Queste (Septimus Heap, #4)
by Angie Sage
4 out of 5 stars
A disgruntled old ghost has rigged the Questing Stone draw, sending Septimus on a suicide mission against the rules of Magyck Apprenticeship. No matter what Septimus does, he cannot escape the deadly Queste, and he ends up dragging Jemma and Beetle along with him through dangerous forests, and across deadly cliffs, to face the dreaded Foryx monsters and find the secrets of Time.

The world-building gets more and more phenomenal with each book in this series, as we discover further depths of magic and fantasy.
I love how twisty the plot is, where every small detail can have a huge impact on the story. I love the interesting and complex characters and how they all interact.
I am growing to love Beetle’s character more and more through this series, and I loved that he played a more central role in this book.
Jemma and Septimus are fantastic characters, as always. Nicko and Snorri also make an appearance from the depths of Time, and magic surrounds everything they do. 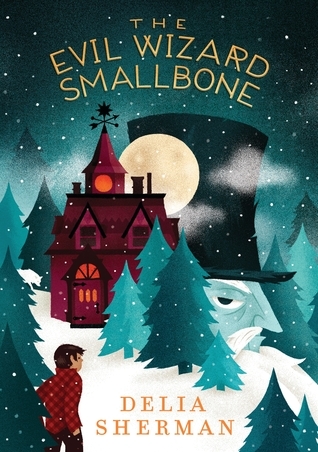 The Evil Wizard Smallbone
by Delia Sherman
4 out of 5 stars on GoodReads
Nick runs away from his abusive uncle, only to fall into the hands of an evil wizard! Nick is forced to become Smallbone’s apprentice, but the old man refuses to teach him any magic. Unraveling the secrets of the Evil Wizard Bookshop and the mysterious town of Smallbone Cove, Nick will have to outwit his master before an even more evil wizard, Fidelou, terrorizes and destroys the entire town.

I am delighted with this whimsical tale of wizardry! I love the enchanted town of Smallbone Cove and the rich history of the people there. I love how grumpy and enigmatic Smallbone is, because we slowly discover that he has a heart of gold underneath. I love the twisty plot with all kinds of weird surprises. I like the writing style too! There’s a lot of dry humor and snappy dialogue.  END_OF_DOCUMENT_TOKEN_TO_BE_REPLACED